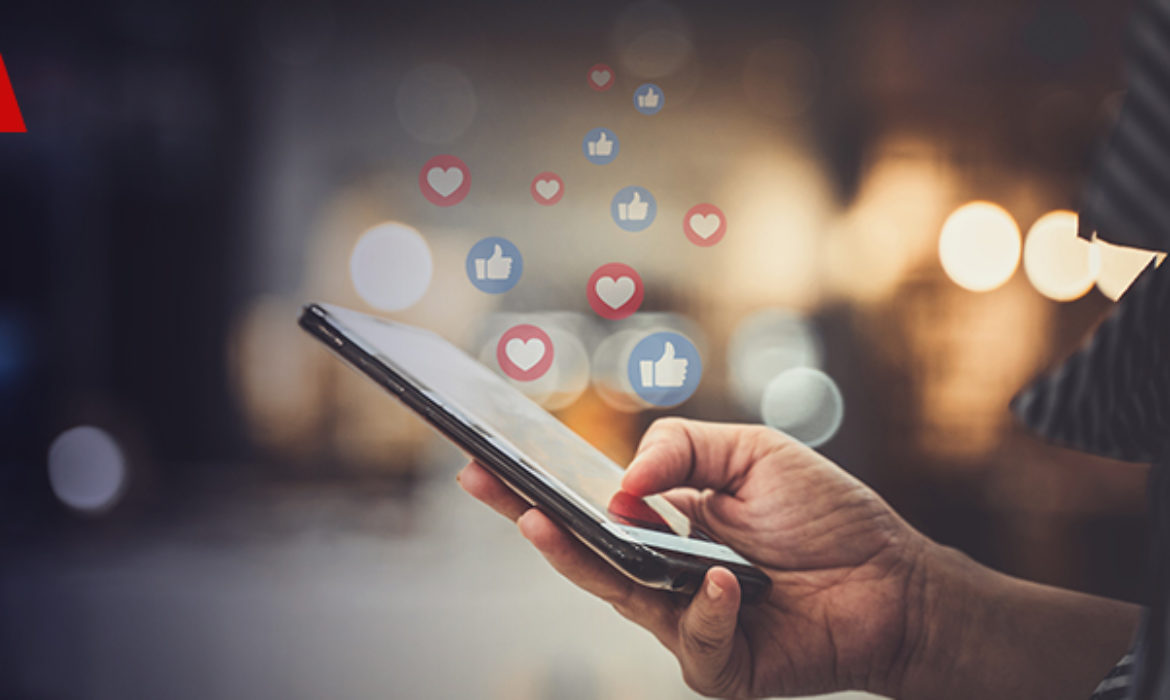 Will the recommendations set out in the Cairncross Review of the UK news industry be successful in protecting quality content? Media sector specialist Simon Woodcock shares some insights at The Drum.

In 2019, digital media companies like Vice and BuzzFeed have made cuts, newsbrand print circulations continue to decline and local titles consolidate or shut up shop as a sustainable business model proves evasive. However, Dame Frances Cairncross has released the findings of her independent review into the future of UK journalism, citing Facebook and Google as the roots of the existential crises facing the news business.

The 154-page report delivered multiple recommendations on how to “safeguard the future sustainability of the UK press”, many of which would have implications for the duopoly.

Cairncross, assisted by experts from the media, marketing, advertising and tech industries, recommended proposals to adjust the power imbalance between Facebook, Google and publishers, an investigation into online advertising and funding and tax relief for news outlets.

But first, let’s look at how we got here.

The state of print

The Reuters Institute for the Study of Journalism’s Digital News Report 2018 outlined that 74% of UK adults read news online (including social media). Two-thirds said they use TV, but only 39% printed newspapers.

The newspaper, once the primary news distribution medium, has been decimated with the rise of mobiles and online media. Where once the news was a packaged and sold product within a medium owned by the publisher, it has increasingly fragmented out of their hands online, where readers expect to find free content in Google’s search engine and Facebook’s social network of more than two billion people.

The Guardian’s print circulation is down by 60% in the last decade and The Sun’s by 54%. As a result, titles have moved online – even if the monetisation model to support them hasn’t followed.

Reading habits have been directed from print to online platforms in the last decade, which has more often than not sent advertising dividends to Facebook and Google. They secured 54% of online ad revenue in the UK in 2017.

A separate report commissioned by the DCMS from Plum Consulting found that online ad revenue had risen by £3.5bn in 2008 to £11.5bn in 2017, an annual increase of 14% indicating the maturation of adtech.

Publishers rely on display advertising for a significant chunk of their income. Programmatic advertising was found to deliver an average of £0.62 for every £1 spent on programmatic.

In addition to this domination over revenue, Cairncross found that the tech platforms were generally reluctant to share first-party user profiles that could help publishers better organise their advertising businesses.

It was also identified issues around the lack of packaged news products (like the declining newspapers). “The online platforms have no reason to give priority to public-interest news, and readers do not necessarily go in search of it. So, public-interest news may not reach online audiences (if it reaches them at all) as frequently as it does when packaged by newspapers in print form.”

An alternative solution, it posited, could be to ensure that the platforms prove more effective in surfacing high quality or public-interest news – much like the obligation faced by public service broadcasters to air news. This carries the difficulty in selecting which publishers and types of content should gain prominence.

Cairncross’s solution is to regulate the tech platforms and use them to ensure that the public is well informed. “Their efforts should be placed under regulatory scrutiny – this task is too important to leave entirely to the judgment of commercial entities,” says the report.

Clicks not paying the bills

As online advertising quickly became the primary revenue driver for many titles, content was crafted to attract high volumes of low-value clicks, leading to pressure to create clickbait capable of inflaming broad interest.

The report says: “As editors and journalists can now see exactly how many people are looking at a particular news item at any given time, the pressure to dramatise stories is strong. While journalists should think carefully about how to grab people’s attention, there is a fine line between presenting readers with news items that justifiably interest them, and showing them titillating headlines and vacuous stories.”

With adblock usage on the up, ad clicks may become a rarer commodity in the years to come. The sheer scale of Oath, complete with a bespoke ad network, did not slow Verizon from writing off 96% from the value of the digital media giant in 2018. As a result, publishers are trying to increase the value of their ad inventory – and driving this narrative is brand safety (brands appearing next to – and thus accused of supporting – Isis content on YouTube is the commonly cited example).

Publisher collective Ozone Project, which recently hired The Guardian’s Danny Spears, is talking up the transparency of its digital advertising ecosystem across News UK, Guardian News & Media, The Telegraph and Reach properties titles. Also, with a weekly audience of 42 million, it claims to reach more people in the UK than Facebook. It is just one example of how publishers are trying to attract spending from the duopoly. Trust in publishers plays a part here. Newsworks and GroupM research has indicated that readers are nearly three times more likely to peruse an ad on a trusted news website than elsewhere.

Additionally, the government could strengthen publishers’ ability to negotiate with Facebook and Google, says Cairncross.

“To allow publishers to negotiate as an industry, the government would have to grant them an exemption from existing anti-cartel rules. This would allow them to develop a common front and agree among themselves what kind of terms of trade, including payments, would be satisfactory.”

As the current advertising ecosystem has its problems, many media titles are diversifying their income by courting paid subscriptions from readers. The largest, most respected titles, like The Wall Street Journal, are finding this approach is helping them reach more readers.

The report claims that the data of logged in users could be worth more to publishers than the actual subscription payment.

“The more publishers can discover about their readers, the more compelling their offer to advertisers and their ability to compete with platforms such as Google and Facebook.”

Digital subscriptions have not yet been embraced by UK mid-market or tabloid newspapers, which are still largely tooled for scale. Furthermore, there seems to be little appetite in the UK to embrace payments according to the Reuters Institute Digital News Report 2018.

Only 7% of UK adults said they have paid for news online while 73% of UK adults say they are unlikely to pay for online news in the next 12 months, meaning this trend looks set to continue. Nonetheless, Dominic Young, founder and chief executive of publisher payment platform Agate said: “Ultimately, the thing which will save the media is the media itself. Advertising cannot be the primary revenue source for the news media. But, the industry needs a payment option other than subscriptions, with most people in the ‘middle majority’ who are unwilling to invest in multiple subscriptions, but not unwilling to pay at all.”

One anonymous publisher signified how this dependency on the duopoly has made them vulnerable to algorithmic changes that could sink their content.

It told the report: “Facebook say one thing and then change their mind and they do something else and all the preparation and money you have spent is wasted. You don’t know where you are with them or what they will do next.” A commonly cited example is the Facebook algorithm change early in 2018 that reportedly retired more than one viral news publisher tooled for shares

The report summarises: “The overall position online of Google and Facebook appears to be directly impeding the ability of news publishers to develop successful business strategies. Whether or not the current monetary exchange between platforms and publishers is fair, the platforms’ position allows them to take decisions with significant impact on publishers, but with little to no engagement with them.”

Rowly Bourne, founder of Rezonence, a startup helping publishers better monetise user data and a consultant to Cairncross, offered his views on the findings.

“I fear it is unlikely that consumer payments will be the answer for the mass market… [but] brands and advertisers, who have been struggling to engage with consumers in a trustworthy and transparent manner should see this as fantastic news and a great opportunity.”

The News Media Association said: “We look forward to engaging with the government to discuss the Cairncross recommendations in more detail and how these should be taken forward as a matter of urgency to ensure they support independent journalism delivered by a strong and sustainable press.”

Simon Woodcock, media sector specialist at management consultancy Vendigital, pointed the finger at the duopoly’s role in funding the media. “The main problem is that advertising revenues are no longer finding their way into the pockets of publishers. Instead they are benefiting digital platforms such as Facebook and Google.

“While increasing regulation of news content may be needed to address this, the biggest responsibility for protecting quality journalism lies with corporate brand owners who must be encouraged to take a long-term view; backing quality content and placing their brand alongside trusted reporting. In doing so, they could position their brand as a responsible supporter of sustainable, quality journalism.”

Facebook has started making moves to address some of the concerns outlined in the report. In 2019, it will invest £229m in local news globally for three years. It has put down £4.5m in the UK to train a new wave of journalists with the NCTJ. Google has invested €94m to digital media projects over three years in bid to ‘help journalism thrive’ as part of its Google Digital News Innovation fund.

Nonetheless, amid increasing regulator interest globally and the fallout from scandals like Cambridge Analytica, these tech giants may find themselves having to do more to appease governments – and a media covering seemingly stacking scandals.

The report also called for the Competition and Markets Authority (CMA) to conduct a market study of the online advertising industry – an exploration which could come to hurt the duopoly’s income. 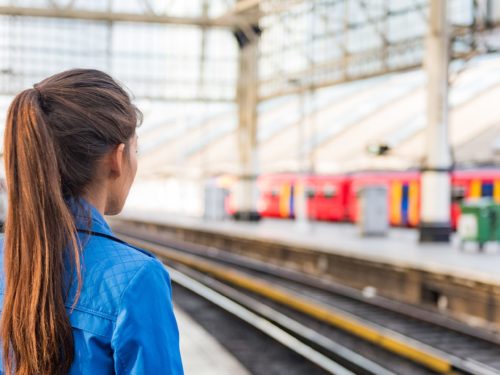 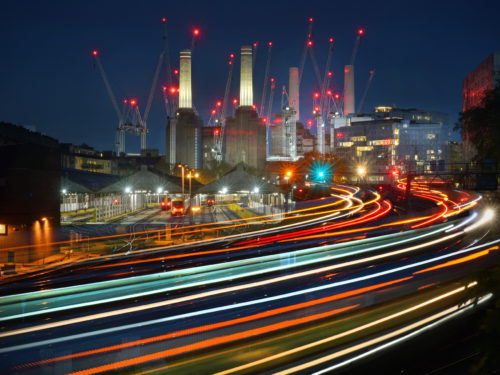 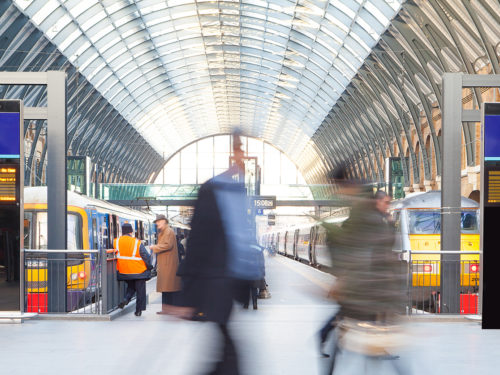